Contrary to his public image of a no-nonsense and anti-special interest Governor of the Central Bank, Sanusi Lamido Sanusi’s complicity in the questionable sale of Intercontinental Bank to Access bank and the God-Father role of Dr, Bukola Saraki showed the true Sanusi Lamido Sanusi.

In 2009 when Mr. Chukwuma Soludo’s appointment was due for renewal as the Governor of Central Bank, late President Yar’adua refused and instead, appointed Sanusi Lamido as Soludo’s successor. So in June 2009, Sanusi Lamido became the Governor of Central Bank. Barely two weeks in office, and in an unusual move, Lamido dispatched Central Bank of Nigeria examiners to five banks- AfriBank, FinBank, Intercontinental Bank, Oceanic Bank and Union Bank. A CBN source disclosed to Africa Inquirer that the inclusion of Intercontinental Bank was a surprise because the CBN just concluded a comprehensive examination of the bank and gave it a clean bill. In a surprise twist of event, CBN examiners changed their positive report on Intercontinental Bank to “non-performing.”

Our source at the CBN disclosed that the favorable report presented to Malam Lamido was rejected, hence the re-classification of the report from “performing to non-performing.” As at this time, Intercontinental Bank was the biggest and the richest bank with assets worth N1.7 Trillion. 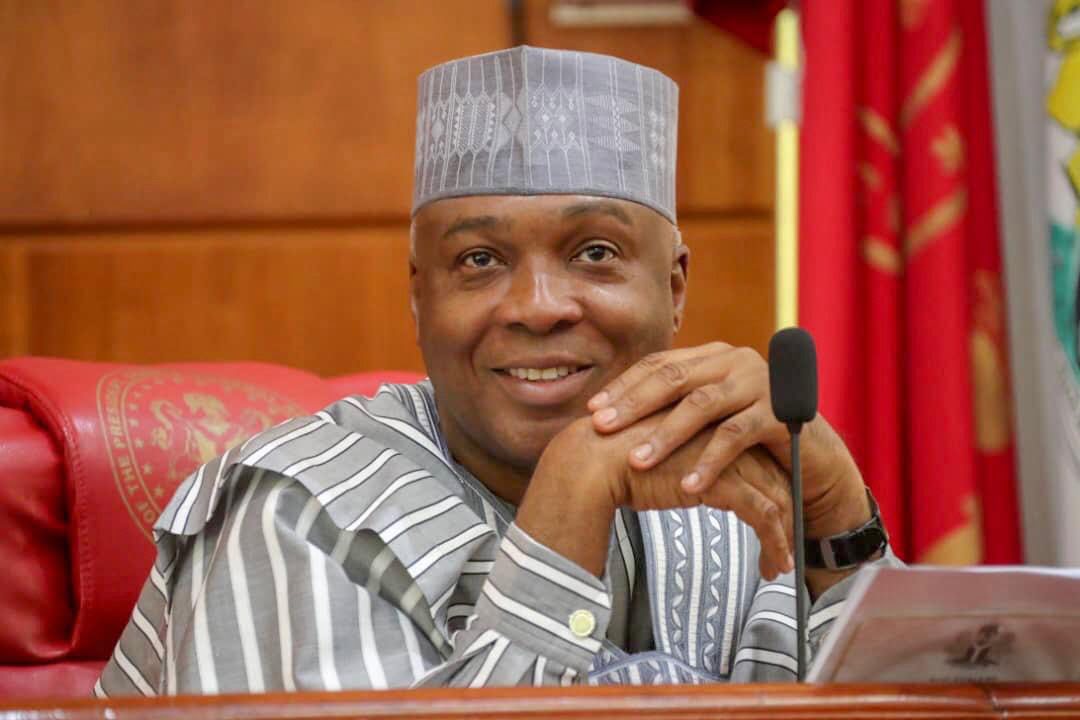 Our investigations revealed that late Yar’Adua did not just refuse to renew Soludo’s appointment; but was under pressure of the then Kwara State governor, now senate president, Bukola Saraki.. It was “Saraki who pressed for the replacement of Soludo with Lamido,” our source disclosed.

Why would Saraki want Lamido? What is Saraki’s interest in Lamido and what connects the two men? Africa Inquirer diggings reveal that Malam Lamido and Bukola Saraki have been childhood friends. The two went to same High School, King’s College Lagos with their mutual lawyers, Kola Awodein and Aig Imokhuede. Not sure Aig ever practiced as a lawyer…. While Lamido graduated in 1977, Bukola Saraki left King’s College in 1978. Besides being schoolmates, Saraki and Lamido are Akingbola’s mutual enemies. Before the emergence of Sanusi Lamido as the Governor of CBN, Dr. Bukola Saraki had taken a loan from Intercontinental Bank to the tune of N11.965Billion.

Erastus Akingbola, Saraki secured the 11.965 Billion Naira loan with four houses in Ikoyi and four in Abuja.  19 Ruxton Road, 15A Macdonald Road, and 17A Macdonald Road all in Ikoyi Lagos, and Plot 2481 Cadastral Zone A06, Maitama in Abuja.

As soon as Lamido became the CBN governor, and with the doctored report of ‘non-performance” of Intercontinental Bank, he fired the CEOs of the five banks, including Akingbola and appointed acting Managing Directors. Mr. Lai Mahmoud Alabi, a former staff of Bukola Saraki as the Acting MD of Intercontinental Bank. Alabi served as chairman of Songa Farms and several development funds in Kwara State. Sanusi also appointed Gbenga Alade a former staff of Societe Generale Bank as the Executive Director, Risk Management.

Lai Alabi’s first task as the new head of Intercontinental Bank was to summon the board of directors to write off N8.115 Billion out of the N11 Billion owed by Saraki and surprisingly, Lamido’s CBN classified it as “good’ and “performing.” This was against the CBN examination report of May 2010 that faulted the massive loan forgiveness, calling it “cash gift.” The examiners also questioned the return of collaterals to Saraki who is believed to have “what it takes to pay the indebtedness even without any waiver.” The report also pointed out that the N500M share offered to Limkers Limited predated the application for the loan.

Below is the table of the loans, expected payments, waiver in Naira and waiver by percentage:

Curiously, before Lamido’s takeover of Intercontinental bank, the bank’s inter-bank takings was N73 Billion, there was no record of the bank’s indebtedness to the CBN but by the time the bank was sold, it was owing the CBN N100 Billion and other banks N300 Billion. Contrary to Lamido’s claim that he injected N100 Billion to revive Intercontinental bank, the bank’s balance sheet as the time of takeover was N 1.6 Trillion. The bank had 330 branches, two foreign subsidiaries, 12,000 employees and paid-up capital of N230 Billion.

If the takeover of Intercontinental bank and the replacement of its employees by employees of the defunct and bankrupt Societe Generale Banks was not surprising enough, the sale of the bank to Access was the most fraudulent in the banking industry history in Nigeria. It could be described as a curious case of a rat swallowing an elephant.

Africa Inquirer obtained a loan document taken by Access bank under Aig Imokhuede. Aig Imokhuede and his partner through United Alliance Company of Nigeria Limited. The company took a loan of N16,247,686,168:18 N16.2 billion from Intercontinental Bank under Akingbola and tactically delayed payment of the loan. Curiously, few months to the takeover of Intercontinental, United Alliance Company requested in March and July for rescheduling of the loan payment.

In a letter dated July 6, 2011 signed by one Chizoba Ufoeze, the company begged that “due to constrain on our cash flow,” they requested for “ a 30-day extension.” Our investigation later discovered that, the delay tactics was part of the plan of Saraki and Lamido to sell Intercontinental Bank to Aig Imokhuede who took loan from Akingbola’s bank to acquire Access Bank. Lamido’s CBN used AMCON to deplete Intercontinental bank’s assets before selling it to Access bank.

Surprisingly, Imokhuede and Wigwe’s United Alliance Company ranked third on the list of defaulting companies published by the Sanusi Lamido-led CBN in an advertorial dated May 31, 2009 for its indebtedness to Intercontinental to the tune of N16b. The same loan was carried to July 2011 and in September 2011, Sanusi’s CBN sold Intercontinental bank to its debtor for N50b.s to operate.

Oluwo, A Cowboy On The Throne

God Will Not Save Nigeria..!