Made in Nigeria goods are  coming.Necessity is the mother of  invention. There is no place where this is more apt than the present recession in Nigeria. The economic downturn has forced Nigerians to look inward.

Suddenly we now realise that there are goods made in Nigeria. Overnight, Aba has become a town on the lips of everybody. Senate president went to the senate with made in Nigerian fabric and shoes topped with red Ibo cap. Nigerian army took delivery of Aba made boots and just this morning Governor Ipheazu took Aba shoes to president Obasanjo.

The recession has necessitated a shortage of foreign exchange for the local manufacturers to procure needed raw materials. Amongst resultant effects has been spiraling unemployment. This is coming with the unquenchable appetites of Nigerians for foreign made goods.

In its decision to tackle this hydra-headed monster called recession, the Senate of the Federal Republic of Nigeria under the able leadership of Dr. Saraki moved to amend the extant Public Procurement Law in Nigeria by making it mandatory that preference should be giving to locally produced goods and services before attempting to purchase any foreign made goods.

Moreover, the amended procurement law made it compulsory that a certain percentage of the contract sum should be paid up front and in good time to enable local producers meet up with foreign competition. Indeed, the Senate has on June 16, 2016 passed the amended procurement law that is currently awaiting concurrence by the House of Representatives.

Aside the prioritization of key legislation, the Senate President has granted audience to several interest groups championing the Made in Nigeria Goods project. The Southeast Amalgamated Traders Association, the Innoson Vehicles Manufacturing Company, and the National Economic Summit Group, which eventually tagged their recently concluded summit ‘Made in Nigeria’, visited him.

At all these and during such visits, Saraki made the Buy Made-in-Nigeria goods, and support Nigeria-Made goods, his central message, urging Nigerians to patronise locally-produced goods in order to develop the economy. In one such visit, he was aptly quoted to have stated that ultimately the ‘Senate cannot legislate patriotism’.

To Saraki, this is the only way out of the present economic crisis. From his perspective, the Senate President believes the purchase of locally made good is tantamount to economic recovery, wherein, he stated that since the Ministries, Departments and Agencies (MDAs) are the biggest spenders that they should be made to first and foremost patronise locally made Nigerian goods before purchasing foreign made goods.
It was no wonder recently that the Nigerian Army bought into the Made in Nigeria Project, ordering from the Aba leather industry the production of 50,000 pairs of combat booths for Nigerian soldiers.

Abuja to thank the Senate President for his tireless efforts in championing the Made in Nigeria movement.

The spokesman of LEAPMAAS that came to appreciate the Senate President, Chief Ben Hart commended the Senate President, Dr. Saraki and the Senator representing Abia South, Enyinnaya Abaribe for their support in propagating Made in Aba goods, saying “ Sir, we are here to express our gratitude for your support and appreciation in this Made in Nigeria Project.”

After remarking on Dr. Saraki’s locally made attire, the elated leader of the delegation said, “ Today, we confer on you the title of the Ambassador of Made in Aba goods. We also commend Senator Enyinnaya Abaribe and the entire Senate for supporting the passage of the Public Procurement law. By this singular action, you and the Senate have institutionalised Made in Nigeria goods”.

“ We commend you for your tireless propagating advocacy for Made in Aba goods. We use this opportunity to assure you and the Senate that we shall continue to improve on the quality of Made in Aba and indeed Made in Nigeria goods. Good produced in Aba are indeed of high quality. There is nothing that can be manufactured elsewhere that we cannot produce in Aba”.

In response, Dr. Saraki congratulated the Aba traders for the recognition now being given nationally to their efforts and their products. He said: “I commended you about what you are doing. I promised you when I came to the trade fair you organised in Abuja and said that with the support of my colleagues here in the Senate, we will take the campaign beyond that of a thing restricted to only trade fairs.

I promised that we will make it the agenda of all Nigerians.  Today, we have made it a national project. I commend you that over the years you have been there, giving your support for the government and proving that you have the capacity to do it. We told you that time that we are going to pass a law to support your efforts and make it compulsory for government agencies to patronise your products before resorting to foreign goods. On June 16, 2016, we passed the amended Public Procurement Act.

“I have a promise from the House of Representative that they will soon pass theirs. Government must ensure that they must patronise locally made goods. It has started with the Army. If the Army is doing that, I also challenge all the other agencies whether it is Air force, whether it is Navy, Customs, even the Road Safety, Civil Defence to procure their booths and other items from Nigerian manufacturers. I also challenge all Senate committee chairmen to impress it on all agencies they supervise during their budget defence that they must compulsorily patronise local goods.

“If there is any agency that is making it difficult for you to sell your goods or deliberately bypassing local goods to purchase foreign goods, let us know. We will take up the case. We will ensure MDAs comply with the procurement law. This is the only way to save our economy. They must give evidence that they patronise and purchase Made in Nigeria goods.

Our plan is to ensure that a huge chunk of the N2 trillion that government spends every year on procurement should go into the pockets of Nigerians and help to create employment and improve our Gross Domestic Products. We know that government spends close to N2trn in good and services, even if you look at the budget if all these agencies, it is enough for you to increase your production and that will make Nigeria to take over some of the West African region. 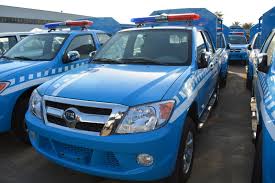 “Made in Nigeria is a very big agenda that we are promoting, I want to thank my colleagues and assure you that we’ve kept to our promises, so you do not need to disappoint us. You should produce quality goods, well packaged and ensure you keep faith with your agreed delivery date. On our own part, this is an agenda we believe in, we will continue to support you,” the Senate President stated.

As the Senate President addressed the group, he was surrounded by his colleagues, mostly those from the South-East states like Senators Enyinnaya Abaribe, Mao Ohuabunwa, Hope Uzodimma, Obinna Ogba, Chukwuka Utazi, Adamu Abdullahi, Baba Kaka Garbai, among others.

By Okocha, Special Assistant to the Senate President on Print Media