Did you know that American House Speaker Paul Ryan, second in line to the presidency of the United States, sleeps in his office?

Before he was elected speaker, Paul was a Congressman representing a congressional District in Wisconsin.

When he was elected House Speaker, a position that comes with a Mansion, he chose not to live in it since his wife and kids did not want to move to D.C. But it’s not just Paul Ryan who sleeps in his office in D.C. Out of the 435 American legislators (Congressmen and Senators) serving their constituents in Washington, 50 of them shower, eat, and sleep in their offices.

In an Interview with the AFP News Agency, Congressman Tim Walberg from Michigan said that he’s been sleeping on his office floor since he was elected in 2007. Why? He says it’s a good way to save money since house rents in Washington are ridiculously high. 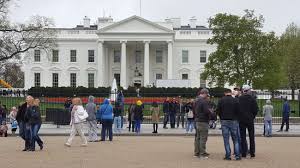 He also had this to say: “I am not a king, a prince, or a Lord. The people who sent me here (Congress) are the people I serve. And I don’t ever want to get to a point where I believe that because I’m here, I’m better than them.”

Now, 200 legislators also share apartments. You got it right. Three to Five Senators can come together, rent one apartment, share the costs, and live together. They can also buy one car and use it to drive together to work. Yes, these are Senators and Congressmen from the largest economy in the world sleeping in their offices, sharing apartments, and cars.

In America, only the Speakers of both Houses and Senior Congressional Leadership have personal security.

In Nigeria every MP’s first priority is a big car, a house, a personal bodyguard. Even local assembly men/women are referred to as Honourable. Refuse to address him/her as such ,hell will break lose.

They live in mansion and own not less than 2 cars. 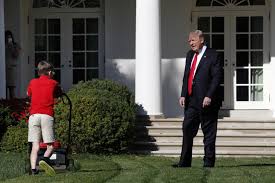