Oh men and women of a great nation, we have chosen to speak to you through this medium; 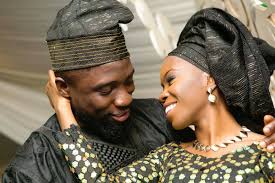 This message is for all Yoruba people, the rich and the poor; cobblers, fishermen and men of our creeks, hunters of the vanishing forests, farmers of the low and high plains; the low and high; armed and defencesless; children and infants; boys and girls; the righteous and the vilest offenders.

We speak to you today of the horrendous field of blood across Nigeria, in the banks of River Benue; in the grassland of Taraba, Adamawa, Southern Kaduna and the chilly mountains of the Plateau;

Does if occur to the depth of your conscience, oh men and women; that the Die is cast; Once the Benue defence is broken, the next is Yorubaland.

Perish or Rise with wisdom and do the right thing before it is too late.

Should we watch in vain as the enemies advance; 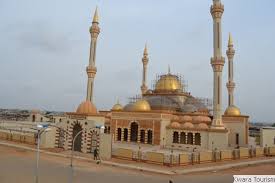 Are we blind to the Yoruba victims, including our Muslims in the hands of Boko Haram and the desperately wicked Fulani herdmen that take pride in slicing human throats like goats and chicken;

Are we ignorant of the taking over of our homeland, our forests, our streams; our tributaries by armed herdsmen on the prowl; Are we blind that the Okada riders of their stock in our cities and villages all have dagger and dangerous weapons;

Are we not aware of their setting up alternative political elements in Yorubaland that will sell us to perpetual slavery, their eternal goal?

Are we so ear-deaf to the cries and woes of the Yoruba peasants, driven away from their farmstead by the Fula, coming all the way from thousands of miles; Can you imagine Yoruba men making Sokoto or Zamfara difficult to live by the owners of the land?

Are we unaware of the rape of our women in the rural and urban areas, the kidnap of our men and mothers by the Fulani herdsmen? Where are our heroes? Must they sell us for their vain glory?

We have seen cold silence on the lips of the President simply because it involves his kinsmen;

We have seen complicity on the part of the security operatives because the top hierarchy  are of Fulani stock and of Fulani extraction; We have seen brazen and bold-faced support from their Emirs, who insist that the hands of their armed men stained with the blood of our people means nothing;Just this week, a pregnant woman was killed in Ekiti by herdsmen, her skull pulled out and the foetus removed.

We have seen a Sultan who claims to defend Yoruba Muslims keep silent in the face of rabid massacre of Christians and Muslims of Middle Belt extraction;

Have we lost a sense of history to trace the historic persecution from the time of Afonja, who was killed and his body put on the stake at Ilorin, the setting up of spies in Yorubaland to disturb and bring down the glory of Awolowo through their agents in the 60s;

the killing of Abiola, a Muslim, the killings of so many Yoruba sons and daughters during the June 12 uprising; the imposition of Military constitution on us without our input in 1999 and above all, the complete destruction of Yoruba values and norms.

Today they are talking of cow colonies in our traditional homes; what conquest can be more than this;

What insult can be greater; what assault can be more glaring and desperate;

Both young men and maidens; old people and toddlers; rich and poor; judges and kings;Today, our cities and farmlands, our forests and grassland have been seized by armed herdsmen; they deceive and cajole us until we are totally conquered and helpless. 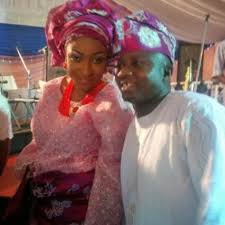 We call on our peoples in the deep and the open, local and abroad; the creation of our God, the  sun and the moon, the angels of our great territories; we speak to the mountains and hills of our fatherland,  creeping and flying spirits; the fire of our ancestors, their spirits, the vapors, the snow and the storming wind of creation, to rise in defence of our fatherland as the threats are realm, mean, vicious and unrepenting;

Political parties will not save us; religion will neither offer us refuge when the villains mount their horses to vanguish us;

Arise from your selfish nepotism, oh feeble politicians and the empty rich; your future, your dignity, the future of generations upon generations is at stake.

If you fail to act, there will be consequences. But somehow, a new tide will rise in Yorubaland that all traitors will not be able to halt. You can join us, but never endeavor to stand on our way as we call on our God, to liberate us, the Yoruba, from this excruciating fetters of iron the pain which we can bear no more.